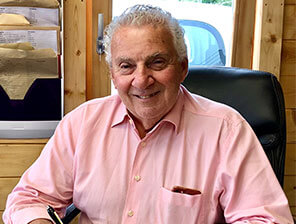 Peter was born and raised in South London, and after leaving school, he worked for his brother in haulage for ten years before opening his first car dealership in Bromley Kent in 1971. In 1974 he needed to expand and bought Townley Road Garage in Bexley Heath just down the road; little did he know at the time that Townley would lead him down a pioneering automotive path. Ultimately his long automotive journey would lead him to create Southern Mobility Vehicles in 2007.

In 1975, after a chance meeting, Peter formed Townley Cross Country Vehicles Ltd and later, he would realise several world firsts in the automotive industry. As the business grew, Peter needed a more prominent and geographically suitable location. So in 1977, he bought Bexley Heath Broadway garage, opened a Fiat Lancia dealership, and soon expanded the business at the same location with Jeep and Daihatsu dealerships.

In 1978 Rolls-Royce could not supply the Rolls-Royce Silver Shadow demand, and Peter, seeing a gap in the marketplace, turned his attention towards remodelling the four-door Shadow. Peter felt it needed the same sleek lines of Rolls-Royce’s beautiful and breath-taking Corniche, so he decided to modify it. He named his conversion the Panache.

However, Rolls-Royce did not take kindly to this, and whilst the transformation was stunning, Rolls-Royce took action to prevent him from further converting their cars. Peter argued that they were second-hand cars and as he owned them and had them type-approved post-conversion, so he was legally allowed to do what he was doing.

However, Rolls-Royce did not see it this way, and not without fair reasoning. On the 9th of October 1978, Rolls-Royce sealed Peter’s fate at the Supreme Court in London. With the judgement in place, Rolls-Royce allowed Peter to sell his personally owned Panache if he removed the Silver Lady and added a plate to the car stating it was a Townley Cross Country Vehicles conversion.

The national press heavily reported this landmark case because it had far-reaching connotations for the automotive industry regarding the setting of legal precedents for modifying vehicles. Much depended on the outcome. So, by the end of 1978, Rolls-Royce had proved that this Silver Lady was not for turning; the next lady to prove this was Margaret Thatcher in 1981.

Pictured left is Peter’s personally owned Panache which he was ultimately forced to sell by Rolls-Royce. Alongside it is the first-ever Range Rover built with an automatic gearbox.

This was another automotive first and produced by Peter for his wife Judie as she preferred to drive an automatic.

Below are some press cuttings from the time Peter’s Panache conversion was beginning to draw attention from the public domain and, of course, the mighty Rolls-Royce who was to put a stop to his work on their luxury cars.

This Rolls-Royce setback did not stop Peter; instead, he focused on the Range Rover, believing that anything was possible. But it was far from a luxury vehicle at this time, although its reputation for build and durability were outstanding given its heritage. Range Rovers were pretty basic in the early years but built extraordinarily well, much like the Land Rover, its smaller brother. There were, however, no automatic gearboxes, no air conditioning and little else to consider the Range Rover a luxury car back in the day.

Peter completely rebuilt, refurbished, and created an open-top Range Rover for Roger Taylor of Queen. He even built a wheelchair accessible vehicle (WAV) for Sir Robert Bolt after he’d suffered a major stroke in 1979. Peter recalls that Sir Robert was so overwhelmed when he saw what Townley had done, he cried as it meant he could carry on driving. Sir Robert passed away in 1995, aged 70, in Petersfield, Hampshire.

Peter likely had a significant hand in creating the luxury vehicle we see today during the 1970s and ’80s with his type-approved Range Rover conversions. His thriving company built bespoke Range Rovers for Sir Bob Geldof’s Band Aid with the famous slogan “Love Band Aid” sign-written down the side of the vehicles ready to head for Africa to aid the starving Ethiopian famine.

Paradoxically, he also converted vehicles for the Sultan of Brunei, the Saudi princes, Elkie Brooks, Kellogg’s International, Costain, and many others beside. Peter was the only exporter of any vehicles from the UK in the 1980s. By January 1985, Peter had sold more than 700 Land Rovers and Range Rovers; this number exceeded more than half of the company’s Solihull plant’s production. The Range Rover was, of course, to become an iconic luxury vehicle and from humble beginnings, today we can, of course, see it in all its glory.

After the heady days of his Land and Range Rover conversions, Peter moved into another specialist market in the 1990s; the import market. Just as some exciting new cars built in Japan were becoming very desirable here in the UK, Peter saw an opportunity. Cars such as the Toyota Supra and Landcruiser, Mazda X5 and the Nissan GTR were highly desirable as people wanted something different. However, as these cars became more readily available through normal channels, Peter’s attention was drawn elsewhere; the wheelchair accessible vehicle marketplace.

The WAV conversion industry was and still is a fast developing industry. Peter recalled Sir Robert Bolt’s reaction to his early WAV and decided that this would be his new business focus for his maturing years.

So in 2006, after investigating and satisfying an acquaintance’s need for a wheelchair accessible vehicle, he examined the industry further. Peter confidently began to buy wheelchair accessible vehicles for his new venture. He also quickly recognised that this was an undersupplied commodity with a growing customer base, so he had come across an essential marketplace in great need of what seemed to be quite a rare commodity at the time.

Peter quickly found his market to be very responsive and in dire need of much help in establishing which of these complex conversions best suited his customers’ individual needs. It came naturally to him to understand this market, so Southern Mobility Vehicles was born and subsequently incorporated in 2010. The rest, as they say, is history.